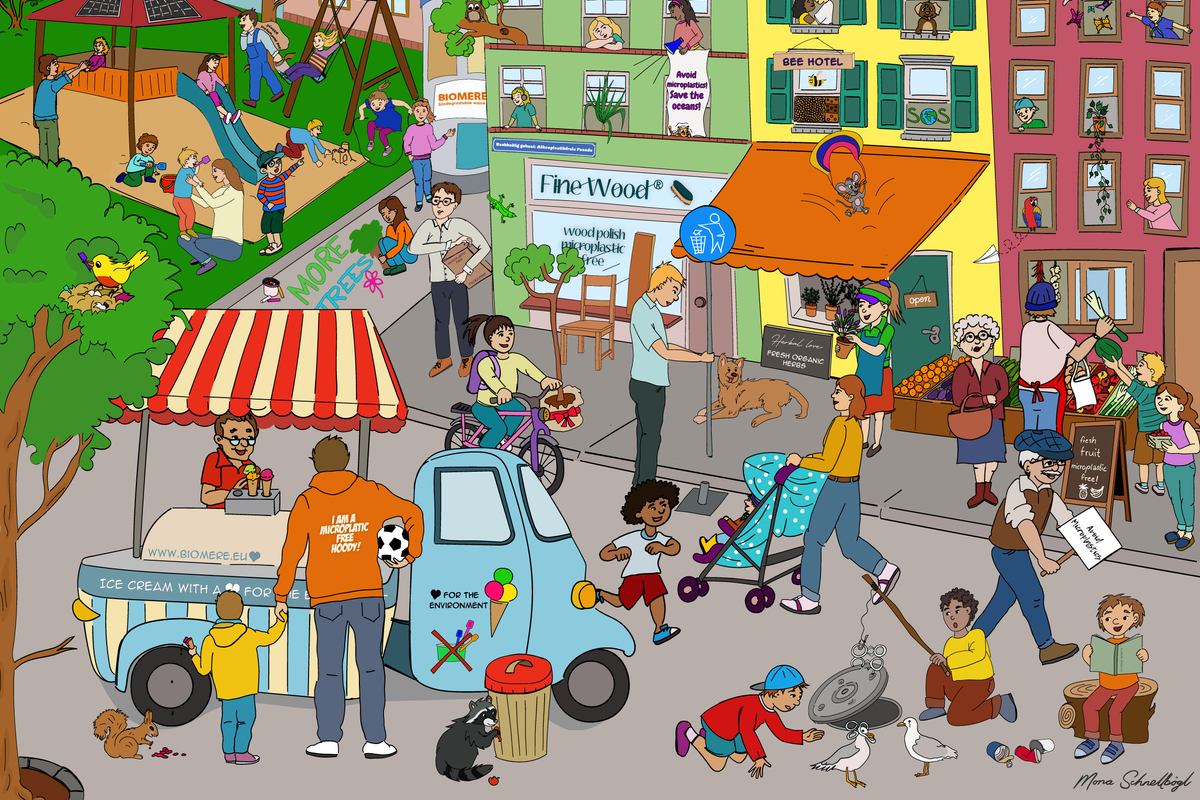 Microplastics, plastic waste and environmental pollution in general are among the major challenges of today. We are making an active contribution to curbing microplastics and addressing this issue by developing and marketing of biodegradable waxes - BIOMERE.

Environmental and nature awareness have long since ceased to be marketing topics and have great social relevance. People are living more sustainably, companies are producing more sustainably and politics are creating sustainable regulations. With BIOMERE we are continuing to play our pioneering role in the field of  wax additives and are now introducing BIOMERE as an alternative to conventional polymers. 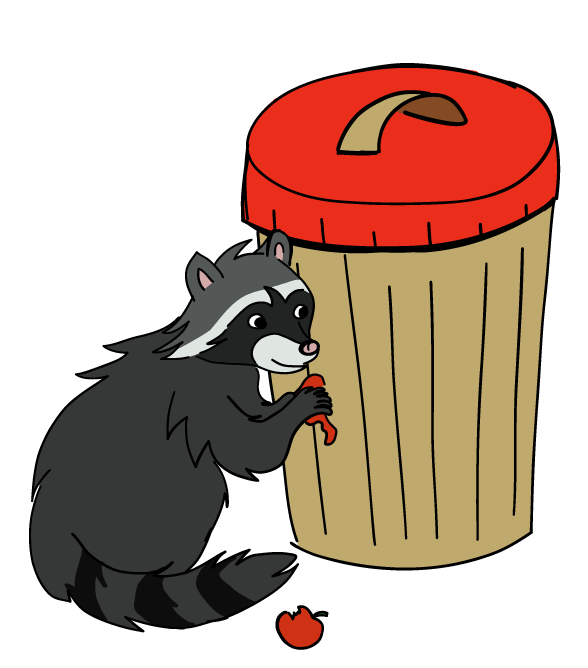 The biodegradability of all waxes of the BIOMERE® - series is certified. 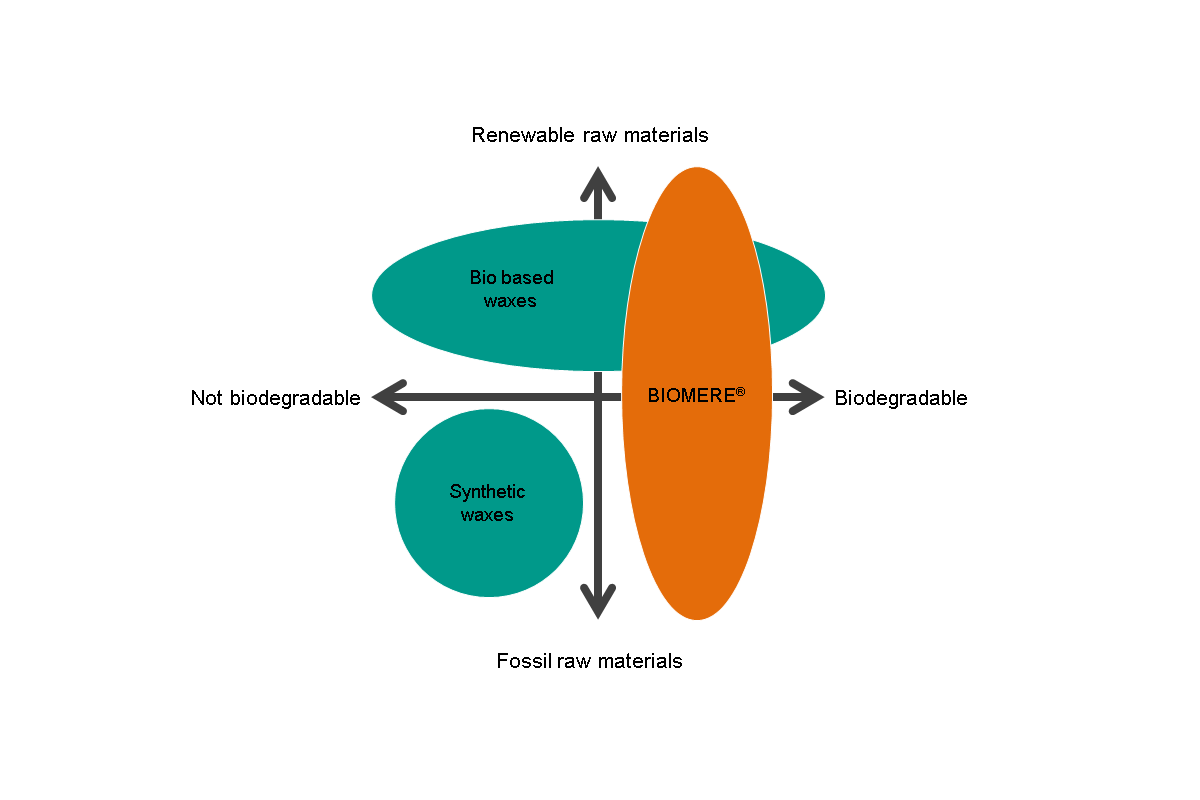 All waxes of the BIOMERE series are biodegradable. Biodegradability does not necessarily require bio based products. Also fossil based products can be biologically degraded. The graph above illustrates this. As "the wax company" DEUREX is in the position to offer the complete portfolio of waxes. Biodegradable waxes, synthetic waxes, waxes of natural origin and waxes of fossil origin. 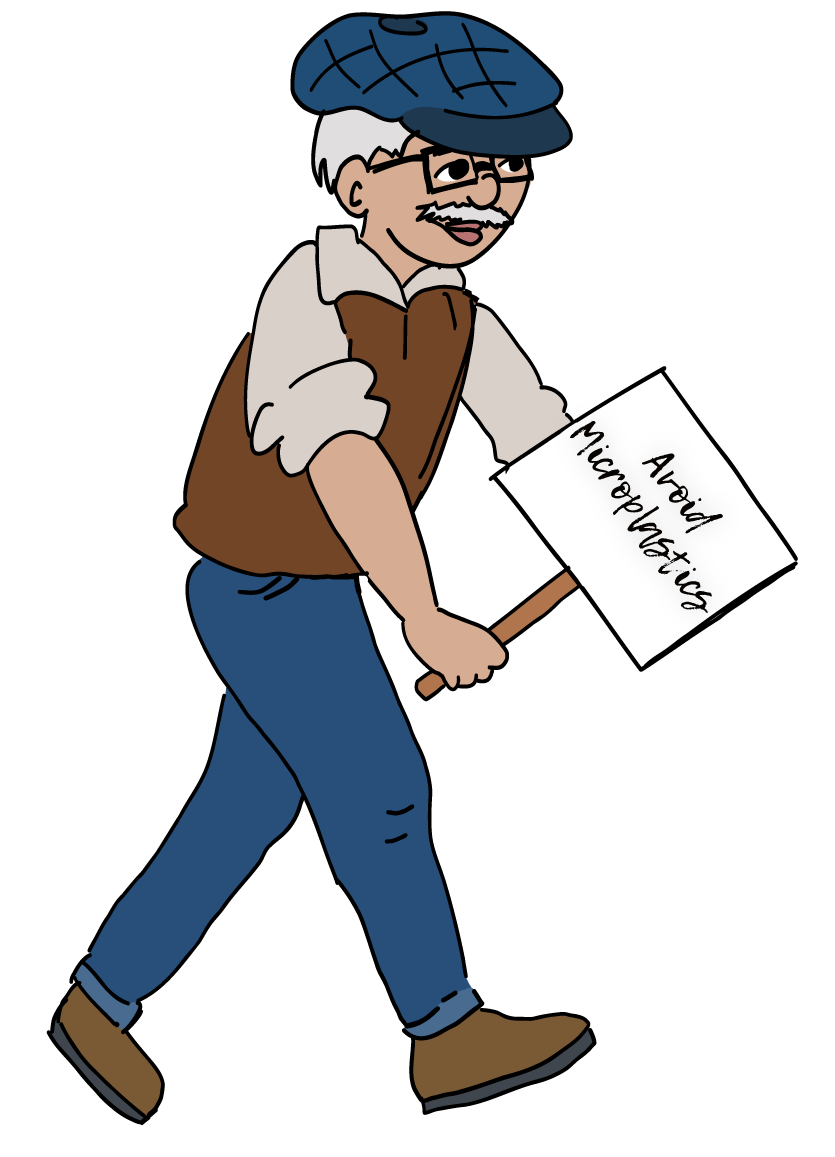 The waxes of the BIOMERE series can cover the same benefits as non-degrabable polymers. They are used to modify surface properties and to act as processing agents.

Surface properties that can be improved by using waxes are: Higher gloss or matting effects. A nice smoothness and pleasant haptical effects. Resistance against scratch, abrasion and weather conditions.

Waxes as processing agents can adjust a lot of parameters. Depending on the application, waxes work as internal and external lubricants. Waxes can adjust viscosity, pressure, torque. Waxes can work as dispersing agents, release agents and retarding agents. 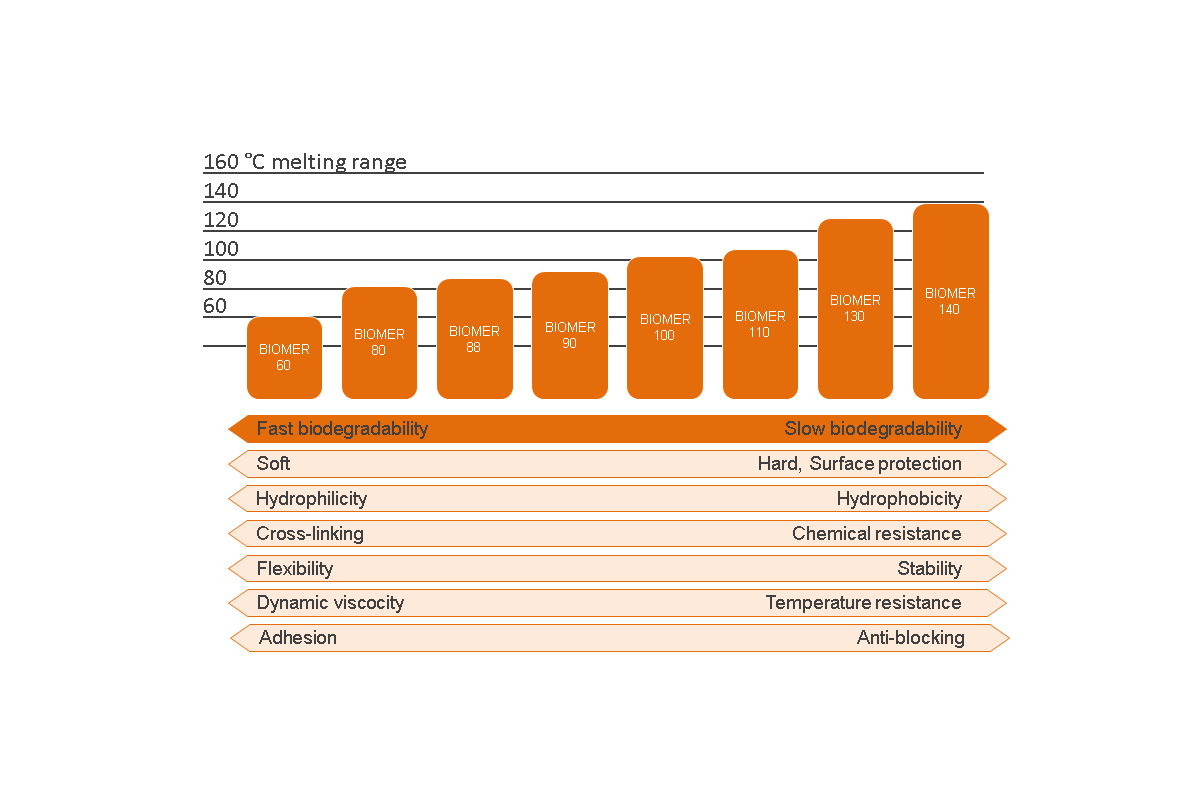 Main pathways of microplastics into the environment 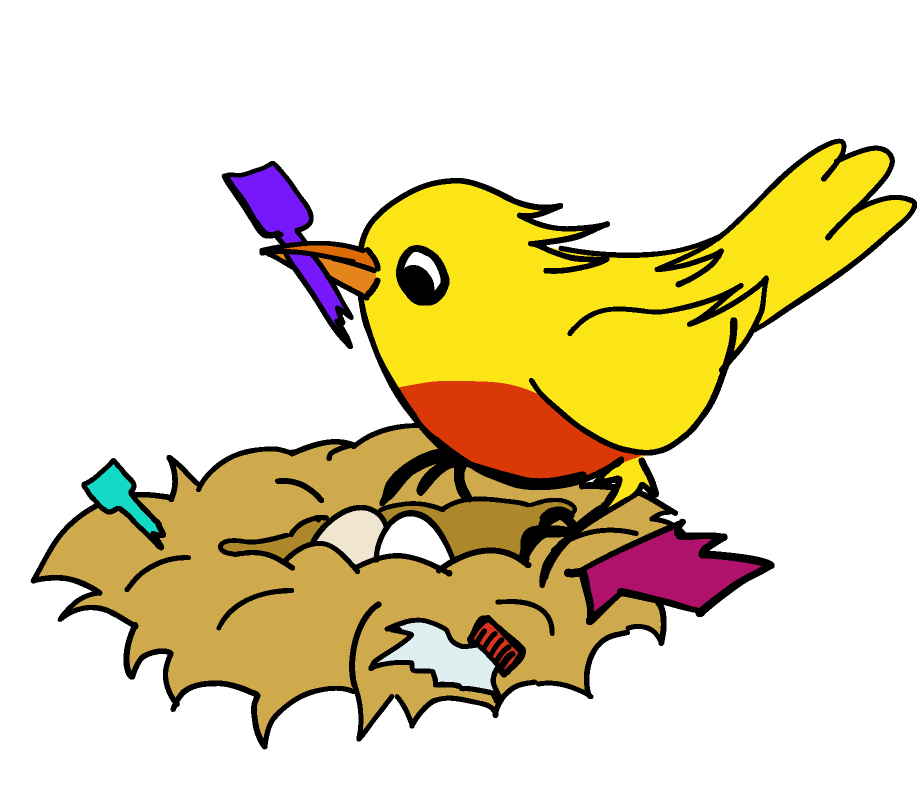 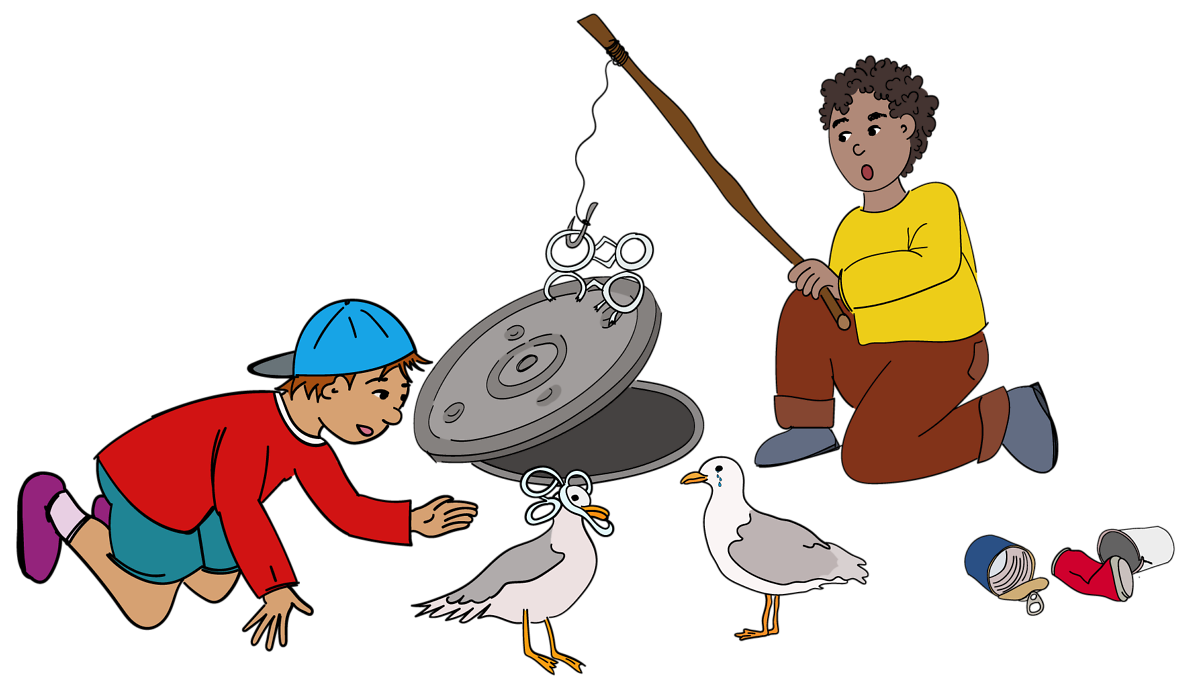 According to estimates from the European Commission's final report, more than 50,000 tonnes of microplastics are released unhindered into the environment every year in the EU alone (DG-Environment).

Examples for primary microplastics, Type A:

Examples for primary microplastics, Type B: